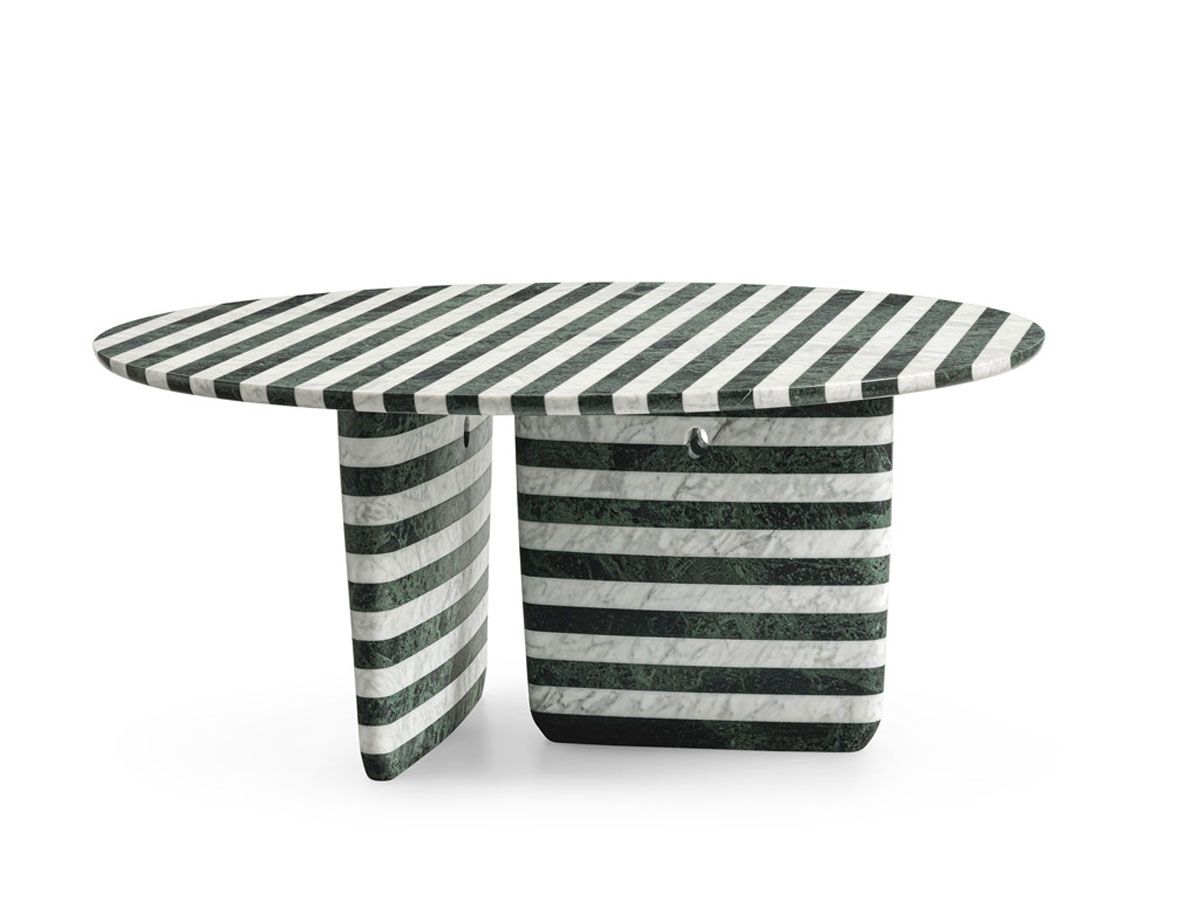 Tobi-Ishi 10 Anniversary Special Edition is a tribute to Italy and the long success story of the table created by the team of designers Edward Barber and Jay Osgerby for B&B Italia.

Iconic, monumental and with a strong character, Tobi-Ishi has written the history of the company’s design, proving to be an undisputed best seller. Declined in numerous models and finishes, its story begins with the version in cement grout. The special edition dedicated to its first 10 years of success is made entirely of white Carrara marble and green Alps and recalls the Gothic Romanesque style of the cathedral of Siena, the slabs are "assembled" with a manual technique of the highest craftsmanship, which requires slow and wise processes. 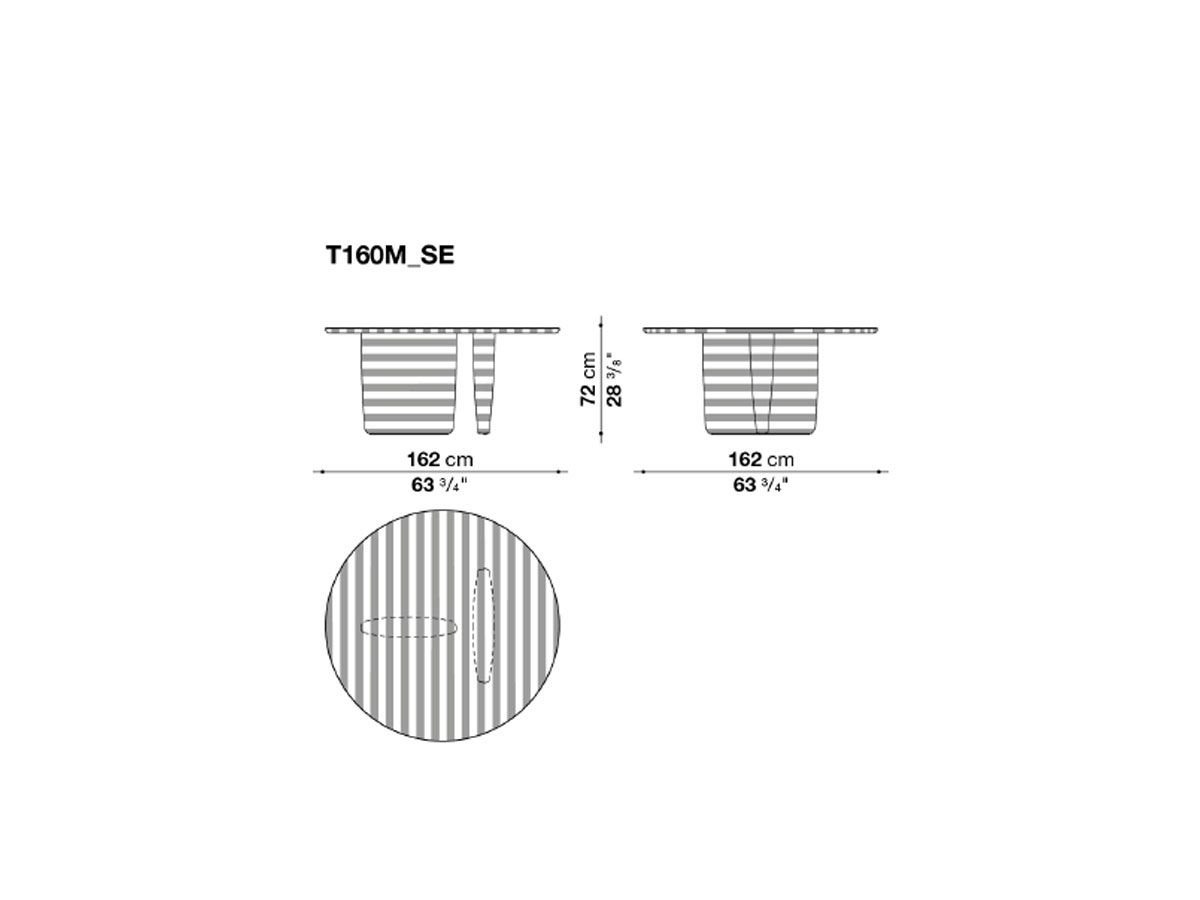 B&B Italia has invented the use of cold-foamed polyurethane applied to upholstery, revolutionizing the furniture industry and helping democratize designer furniture. Products that last over time: from the collection of upholstered furniture LE BAMBOLE, an icon of 1970s idea of comfort, to the legendary UP armchair, recently presented in a brand...
Go to B&B Italia's page
Designer
Edward Barber-Jay Osgerby
Brilliant, ingenious and always committed to research, designers Edward Barber and Jay Osgerby are among the most renowned artistic duos worldwide. Together they founded their East London studio in 1996. Their personal approach is focused on experimentation and innovation, with an exploratory attitude to materiality and colour. This gives rise to m...
Go to Edward Barber-Jay Osgerby's page
Request information
Need help?
For expert advise, do not hesitate to contact us at +39 090 6258945 or via email at [email protected] Or fill in the form to ask for more information on the product.
Questions
FAQ
Ask for information
Reviews
Write Your Own Review
Only registered users can write reviews. Please Sign in or create an account
Back to top Related Posts Information Features Shipping and returns Brand Designer Request information Reviews
100% Original