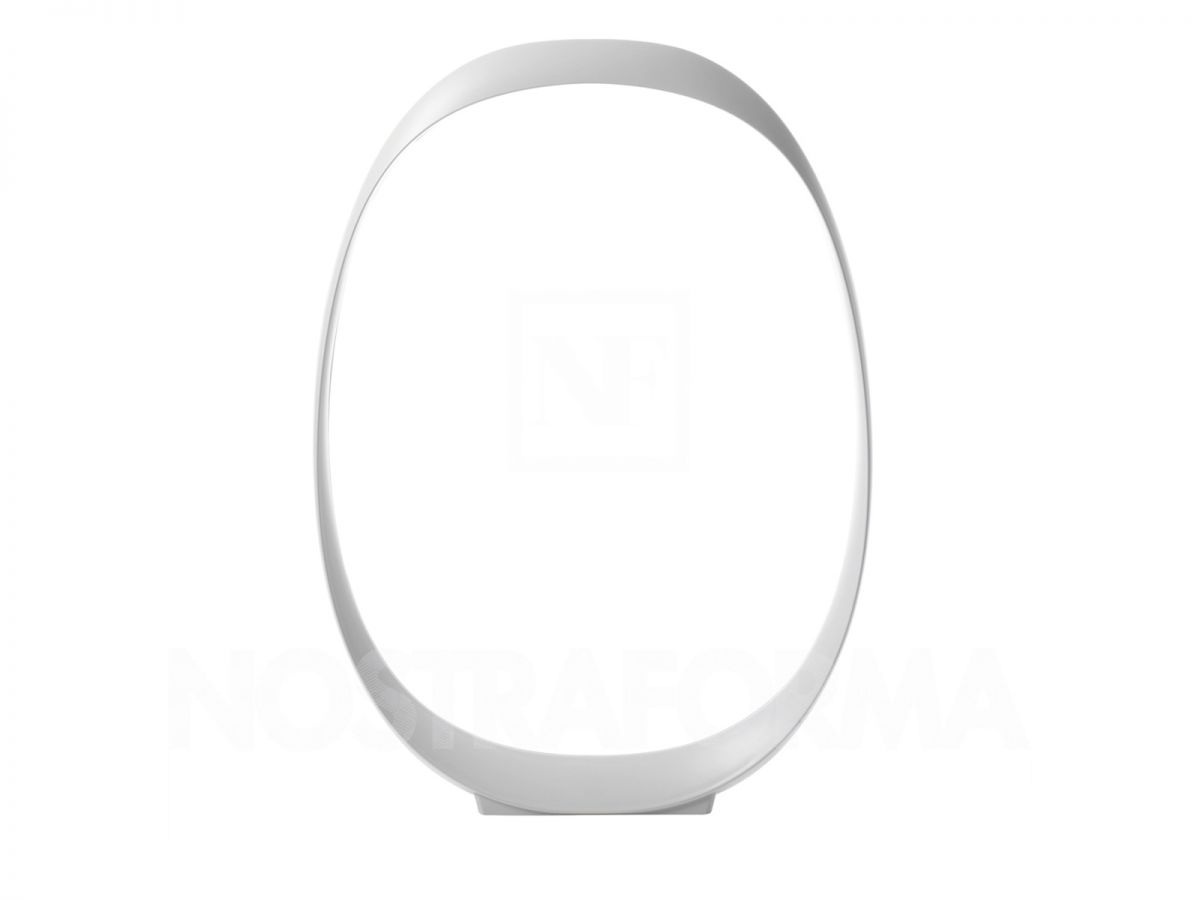 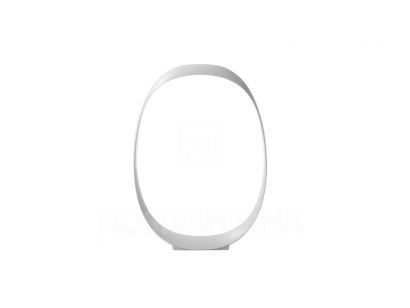 Anisha, the new table lamp in ABS designed by Spanish studio Lievore Altherr Molina, is a fluid and enveloping frame, an irregular ellipse that circumscribes an empty space, defines it and fills it with light.

The name derives from a particular Anisha language mixing because in Argentine "anisho" means ring, but the name "Anisha" is also a tribute to the Indian artist Anish Kapoo famous for his works from the primordial forms and rounded and the bright colors and lively . To ensure an essentiality design was decisive choice of a lighting solution that does not alter the formal balance of the product: the LED, housed inside the top is in fact integrated and camouflaged in the structure. The touch dimmer inserted inside the shape and sensitive to the simple touch of the finger, helps to avoid altering the harmony of the sign. And 'suitable for a multitude of situations, environments and uses input, nelllo space day, in the bedroom, on the desk with an unmistakable identity that is to be turned off by.

How to return
Brand
Foscarini

Go to Foscarini's page
Designer
Lievore Altherr Molina
Go to Lievore Altherr Molina's page
Request information
Need help?
For expert advise, do not hesitate to contact us at +39 090 6258945 or via email at [email protected] Or fill in the form to ask for more information on the product.
Questions
Faq
Ask for information
Reviews
Write Your Own Review
Only registered users can write reviews. Please Sign in or create an account
Back to top Related Posts Information Features Shipping and returns in UK Brand Designer Request information Reviews
100% Original