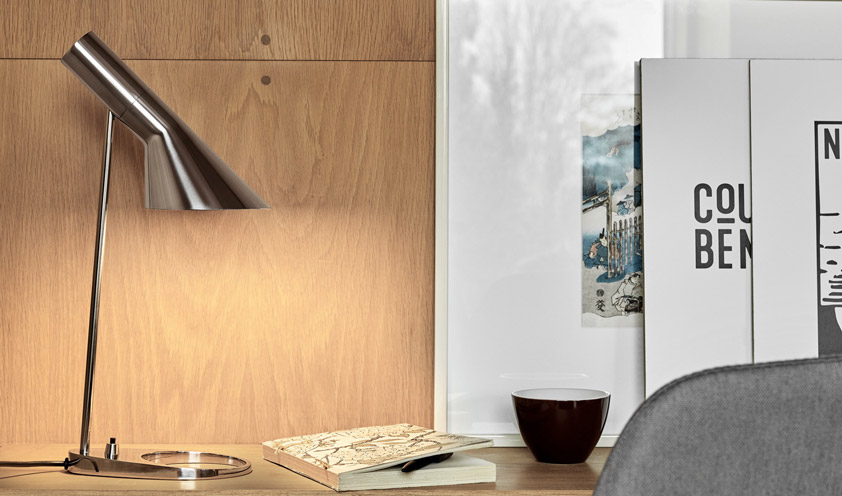 The series of lamps was designed for the Royal Hotel in Copenhagen, entirely designed by Arne Jacobsen

On 1 July 1960, the largest hotel in Denmark was inaugurated: the Royal Hotel, better known as SAS Royal Hotel, precisely because the Scandinavian Airlines System, the flag carrier of the Scandinavian countries, commissioned the project. It was a project of great importance and innovation, at the time the tallest skyscraper in the city. This majestic project was totally entrusted to Arne Jacobsen : from the facade of the building to the cutlery, passing through all the furnishings and lights present. Today only room number 606 retains all the furnishings and finishes chosen by Jacobsen, while in the rest of the structure they have been replaced with new generation products, however the Royal Hotel remains an unrepeatable design machine and those furnishings and lights that Jacobsen had designed they went into production and live their own existence today in homes and other hotels around the world.

From that project, in fact, many of those that then became the icons of Arne Jacobsen were born, milestones of Scandinavian design that model for many designers who came after him. A few examples? Egg and Swan chairs, both produced by Friz Hansen, but not only. In particular, in the field of lighting, the AJ  lamp remains a real must, and in fact Louis Poulsen , a lighting company that today produces the classics of Scandinavian design as well as the novelties of the new generation designers, has decided to celebrate the 60 years since the inauguration of the Royal Hotel by reintroducing the original AJ Table Mini  and the AJ Royal . 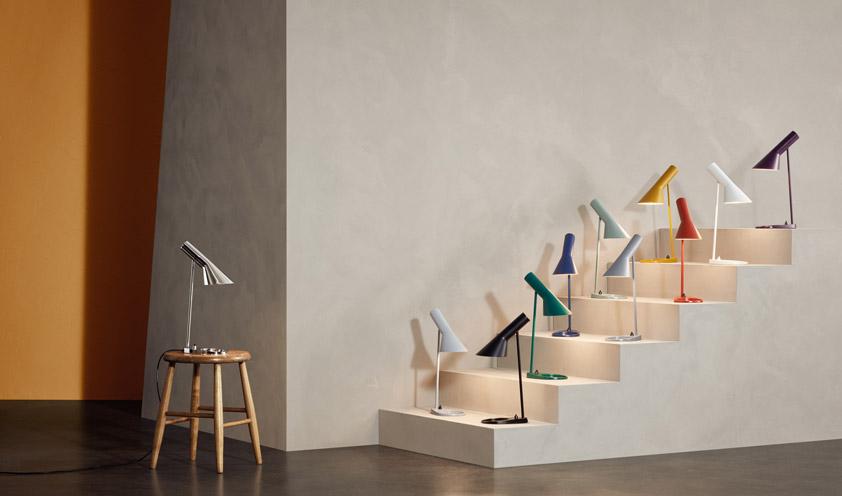 The AJ is therefore at the center of the celebrations of this anniversary, and is an excellent opportunity to deepen the characteristics of this light, which was designed in another era but still today is among the most versatile and interesting. 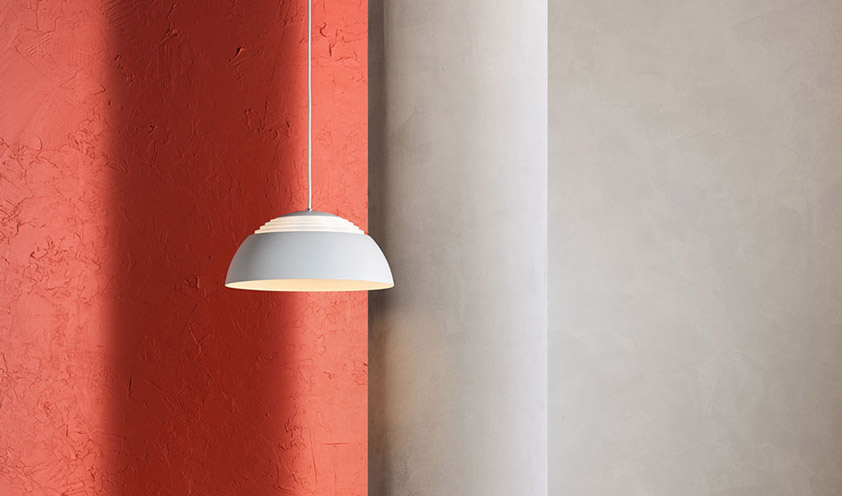 In the suspended version, called AJ Royal, the lamp has a half-sphere lampshade with grooves in the upper part that filter the light upwards, a design detail that makes the lamp special when it is turned on, thanks to the play of bright circles concentric. In the original version, designed for the Royal Hotel, it was made of copper, while today it is produced in aluminum and steel. It is available in three sizes, all with energy-saving LEDs. 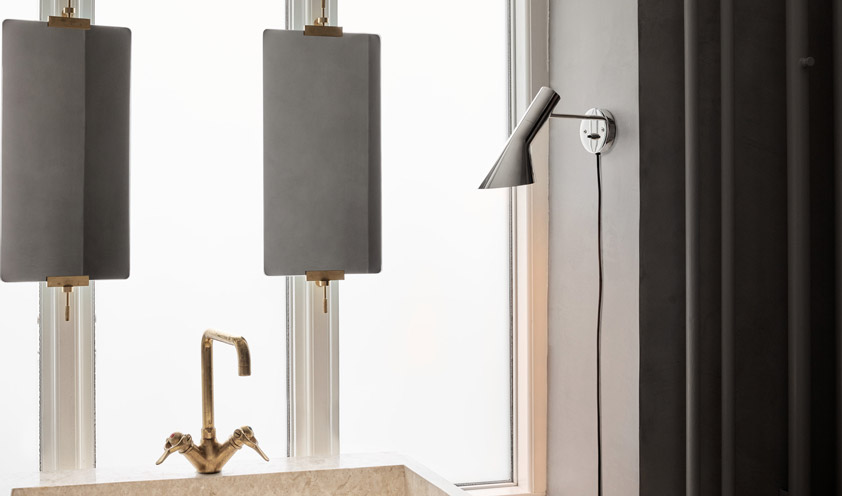 But perhaps the most famous version is the AJ for wall, floor and table, with the characteristic conical-shaped diffuser, the stem slightly inclined forward, and the base with the empty circular shape. An identifying concept of the Scandinavian modernist style that Jacobsen has always been a master of. Essential and functional, but with that extra aesthetic twist that really characterizes Jacobsen's style: rigorous but never austere, always welcoming. 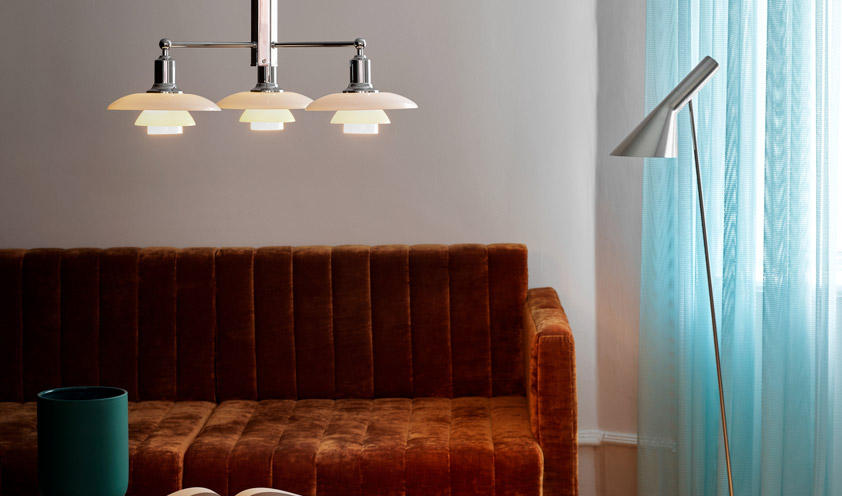 If the suspended version is ideal on a dining table, the other versions range: from the corridor to the living room, to the bedroom, passing through the study area. The refined simplicity that distinguishes them has made them a passepartout, the choice of taste that does not fail. 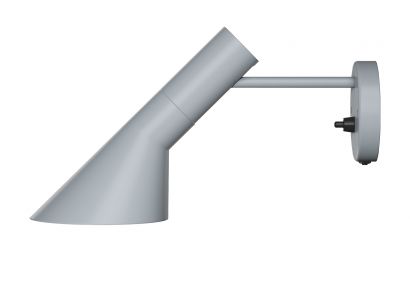 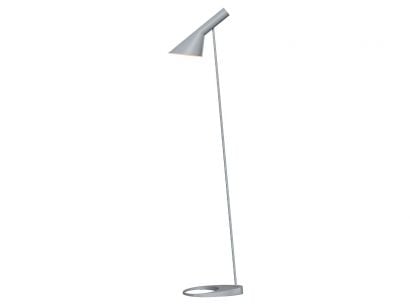 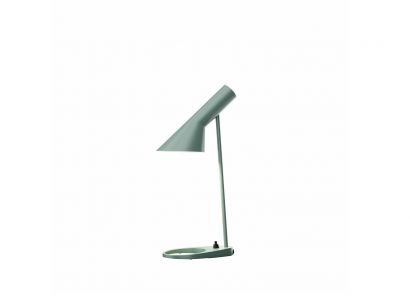 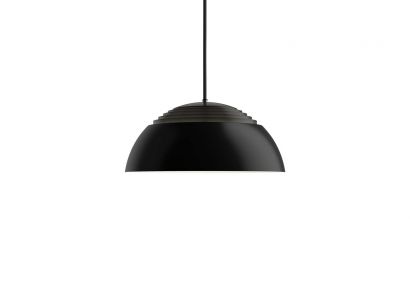