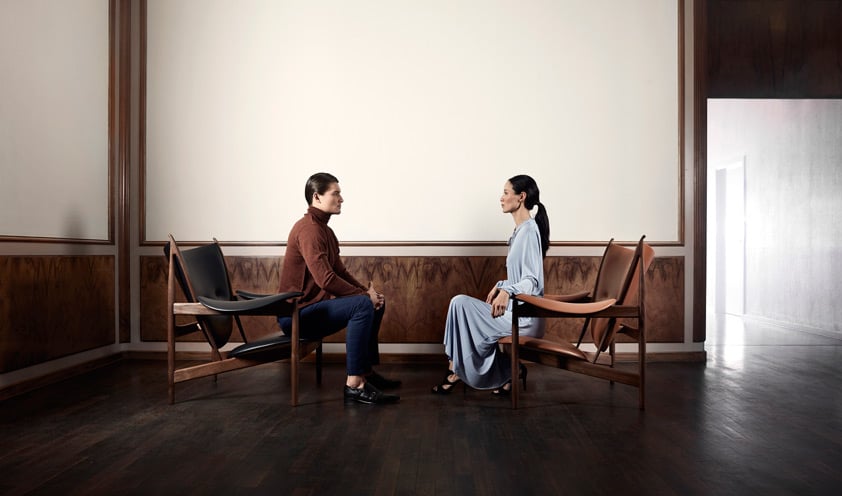 How an icon is born: the 70 years of the Chieftain Chair by Finn Juhl

Large and evocative, the seat designed by Finn Juhl celebrates 70 years of success in 2019 and is an icon of Danish design

Finn Jhul  was one of the fathers of Danish design. Born in 1912, when he was very young he showed a strong interest in history, an interest that his father, a severe textile dealer, diverted to the architecture that Juhl studied at the Royal Danish Academy of Fine Arts. He immediately established himself as an architect and in 1943 received the C.F. Hansen award for architecture. In 1945 he opened his own studio in Copenhagen, consolidating his experience in furniture and interior design. One of its most iconic furnishings is the Chieftain Chair , whose seventieth anniversary is celebrated this year. 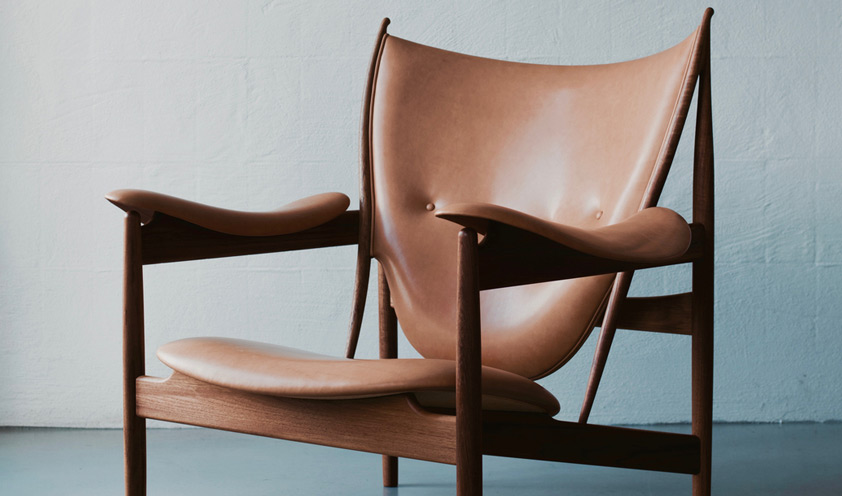 It is said that it was conceived one spring morning in 1949: Juhl took a sheet of white paper and settled himself at his desk, drawing two vertical lines on it with something not yet clear between them. This almost distracted gesture concealed what would have been his great success, as well as one of the eternal icons of Danish design: he was the Chieftain Chair.

The seat, also available in the sofa version, is an example of the  House of Finn Juhl style: devoted to functionalism, characterized by "warm" materials such as wood and leather, it reveals the aesthetic taste matured within his passion for contemporary art of the time but also to his interest in distant cultures. The typical lines of African art and ancient Egyptian furnishings are clearly visible in this session as well as in all its other projects. This is why, despite being already an established designer, Juhl was criticized by those who said that these settings were out of tune in the context of pure Danish (and Puritan) design. 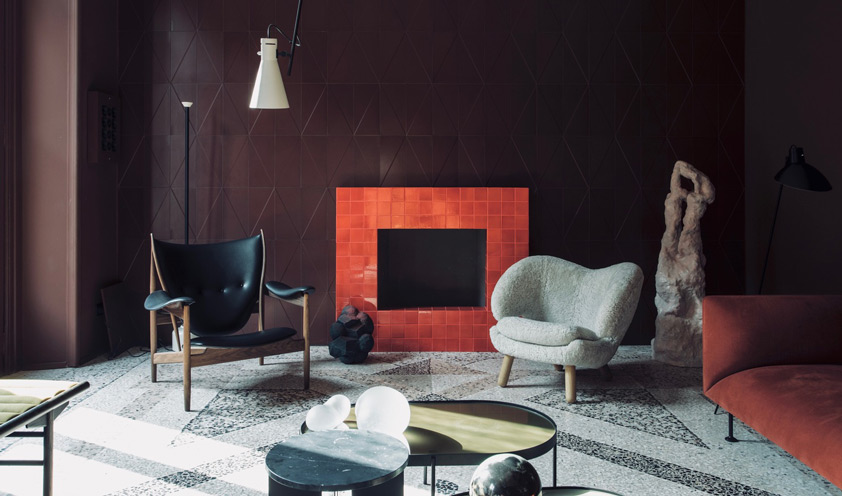 Hence the clash between Finn Juhl, who believed in and promoted a freer and more experimental Danish design, and Kaare Klint, founder of the School of Furniture at the Academy of Fine Arts in Copenhagen, a supporter of a purist approach to Danish functionalism. The creative courage of Juhl, moreover, will determine its success, which will reach its maximum level precisely with the Chieftain Chair, characterized by a surprising balance between the Danish aesthetic rigor and the sensuality of its rounded forms, between functionalism and sweetness . The genesis of the Chieftain, however, would not have been the same without the influence of Niels Vodder, an expert carpenter who filled Juhl's lack of experience in making furniture and translated the sketches of Juhl into concrete products of the highest quality.

In the chair, we can also identify a typical feature of Juhl chairs: the clear separation between support elements (the frame) and the supported elements (the seat and the backrest). Separation that manifests itself with a clear distinction of materials for each of the two components. In the case of the Chieftain Chair it is wood and leather. Another distinctive feature is the abundant size, sought by the designer in response to the prevalence of small chairs of the time. One meter wide (so much for a chair), almost 90 centimeters deep, it requires space around itself to be appreciated. 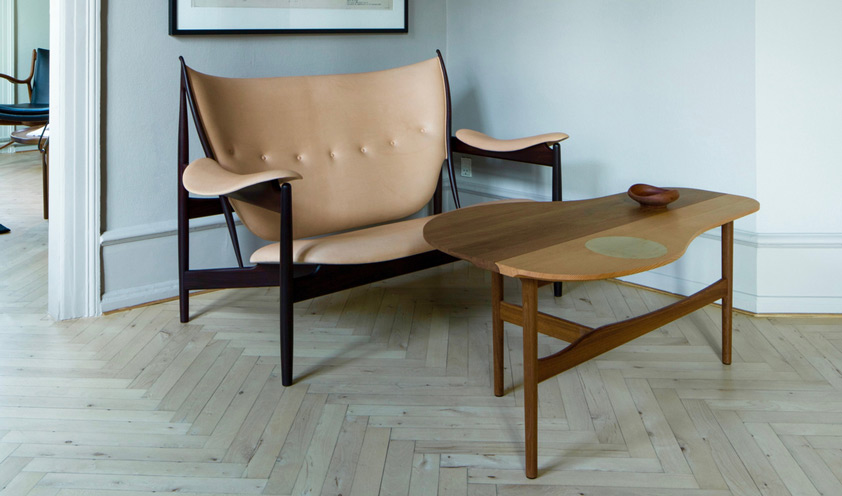 While the architect and design critic Odd Brockmann described it as an "omelette hanging from a shelf", on the other hand the royals of Denmark participated in the inauguration of the exhibition in which the chair was presented. On his drawings, Finn Juhl had simply called it "The big chair" but then, wanting to dedicate it to the king, he renamed it "Chieftain Chair".

When in 2001 Ivan Hansen and Hans Henrik Sørensen acquired the license to reproduce the furnishings designed by Finn Juhl, the Chieftain Chair was among the first projects carried out, and is also available as a sofa (see in this picture). Thanks to their initiative, this particular chair celebrates 70 years today. 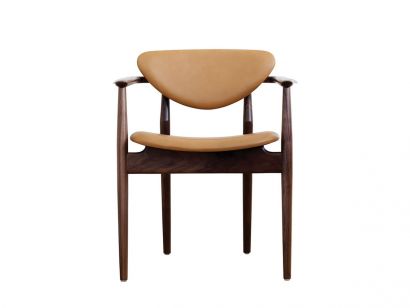 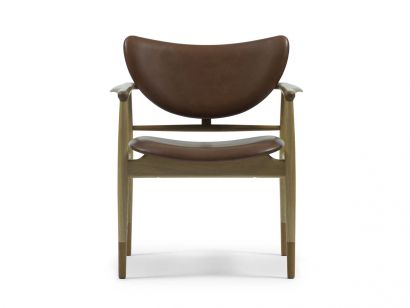 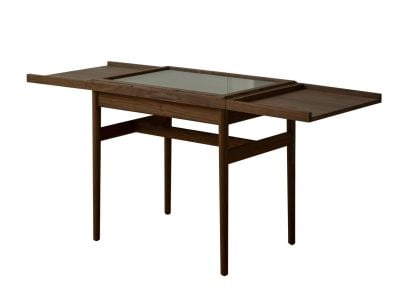 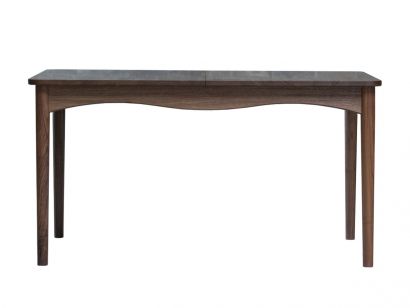 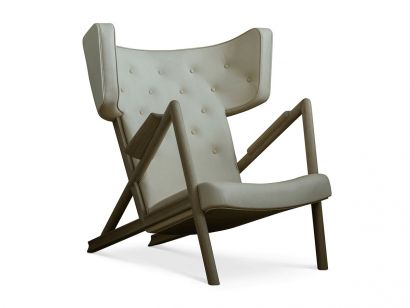 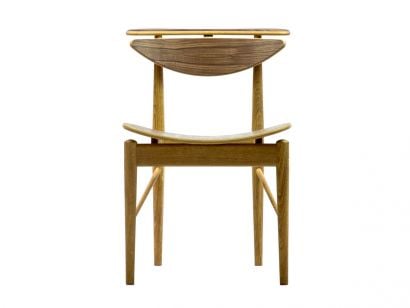