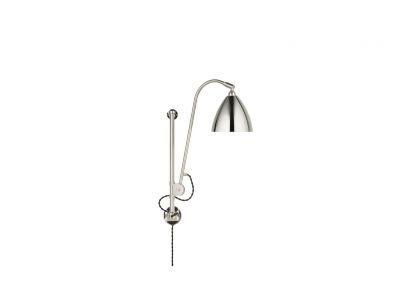 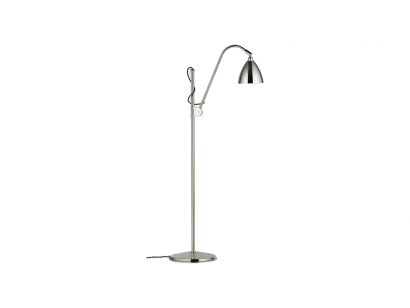 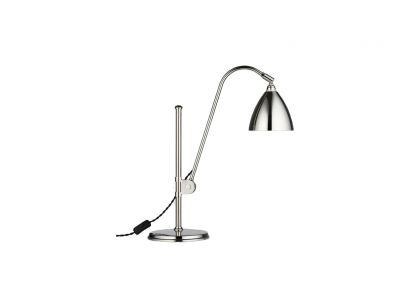 BL5 Wall Lamp Anniversary Edition is part of the Bestlite 90 collection for the 90th anniversary of Bestlite, produced by Gubi. Made by designer Robert Dudley Best.

The "Bestlite 90" collection includes 4 models: the BL1 table lamp, the BL3 floor lamp and the BL5 and BL7 wall lamps. The anniversary collection has an all-nickel finish, with a twisted cord for a retro feel.
With its contemporary look in various finishes and movable shade, the Bestlite BL7 Wall Lamp is optimal for the hallway, as a bedside lamp or above the kitchen counter. Let it stand for itself or combine it in pairs to create an expressive source of illumination.
The design of the Bestlite lamp was initially adopted by garages and engineering departments of the Royal Air Force due to its great functionality. Public demand for Bestlite lamps grew a lot when Winston Churchill personally chose the Bestlite BL1 table lamp for his desk, Bestlite's iconic status was assured.

How to return
Brand
Gubi

Go to Gubi's page
Designer
Robert Dudley Best
Go to Robert Dudley Best's page
Request information
Need help?
For expert advise, do not hesitate to contact us at +39 090 6258945 or via email at [email protected] Or fill in the form to ask for more information on the product.
Questions
Faq
Ask for information
Reviews
Write Your Own Review
Only registered users can write reviews. Please Sign in or create an account
Back to top Related Posts Information Features Shipping and returns Brand Designer Request information Reviews
100% Original