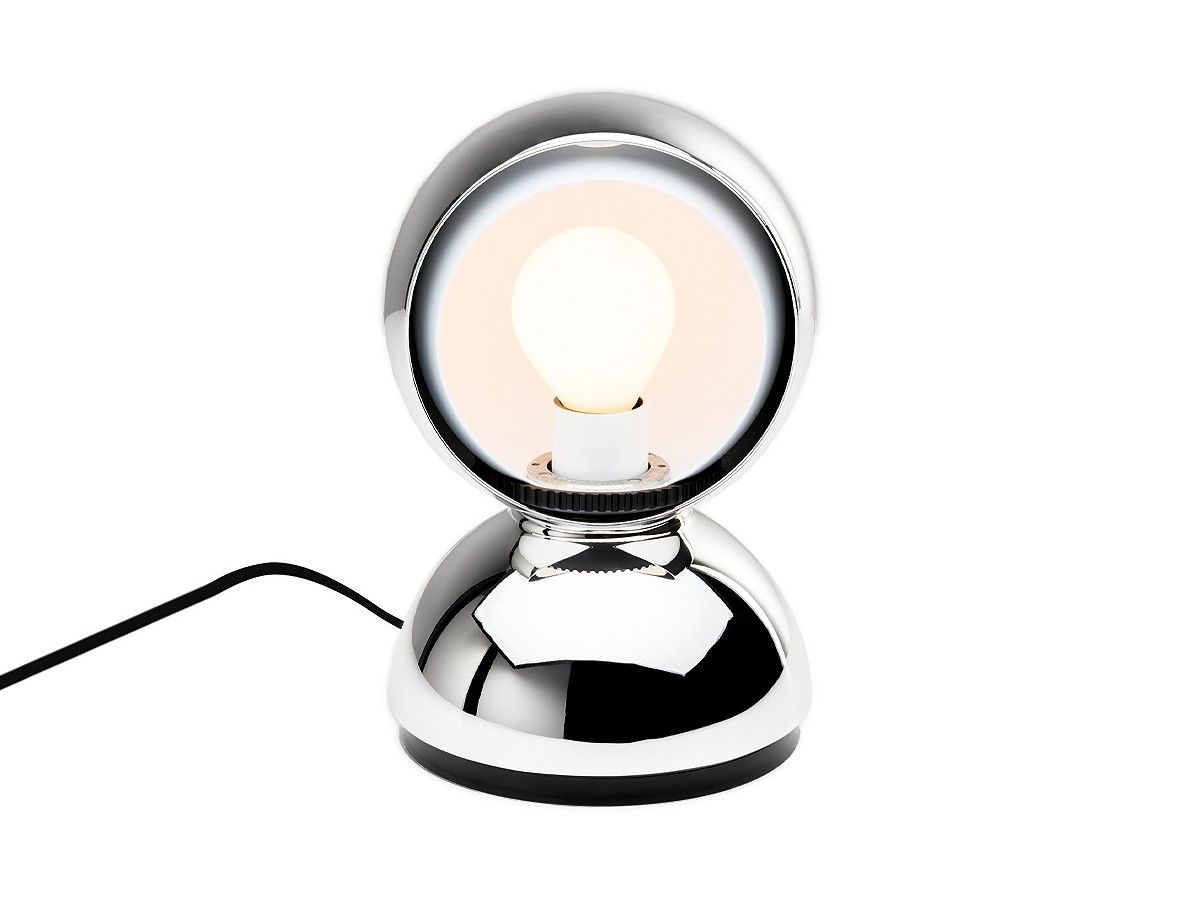 One hundred years of history. As a worldwide ambassador of Italian design, the Eclisse lamp by Artemide takes on four new colors for its 100th Anniversary. This small and marvelous table lamp, designed by Vico Magistretti in 1965, won the Compasso d'Oro in 1967 and is exhibited at the famous MoMA in New York and the Triennale Design Museum in Milan. The Eclisse 100th Anniversary lamp looks exactly like Magistretti's iconic table lamp with its simple, compact and rounded shapes, inspired by the lanterns of miners or thieves. The peculiarity lies in its composition: 3 "hemispheres", two of which are fixed (the base and the outer shell) and one is movable (the inner shell). By rotating it manually, you can reproduce in any room a visual effect that recalls the natural lunar eclipse, provided by the rotation of the hemisphere on its axis that can adjust the light emission. Perfect for the bedroom, the living area or any other residential setting, the Eclipse 100th Anniversary also lights up public and contract environments with the same elegance.

Thanks to a continuous research of technology and materials, together with an essential and sophisticated design, Artemide is a point of reference in residential and professional illumination. It catches the needs, it does experiments and makes new products that become pieces we are not able to renounce to. This is how iconic lamps as Come Together...
Go to Artemide's page
Designer
Vico Magistretti
Ludovico "Vico" Magistretti (1920-2006) was a designer and architect, considered one of the fathers of Italian Design. His works are characterized by a strong expressive language, famous and loved all over the world. These include the Fritz Hansen Carimate chair, the Eclisse, Chimera and Dalù lamps designed for Artemide, the Atollo lamp for Oluce,...
Go to Vico Magistretti's page
Request information
Need help?
For expert advise, do not hesitate to contact us at +39 090 6258945 or via email at [email protected] Or fill in the form to ask for more information on the product.
Questions
FAQ
Ask for information
Reviews
Write Your Own Review
Only registered users can write reviews. Please Sign in or create an account
Back to top Related Posts Information Features Shipping and returns Brand Designer Request information Reviews
100% Original