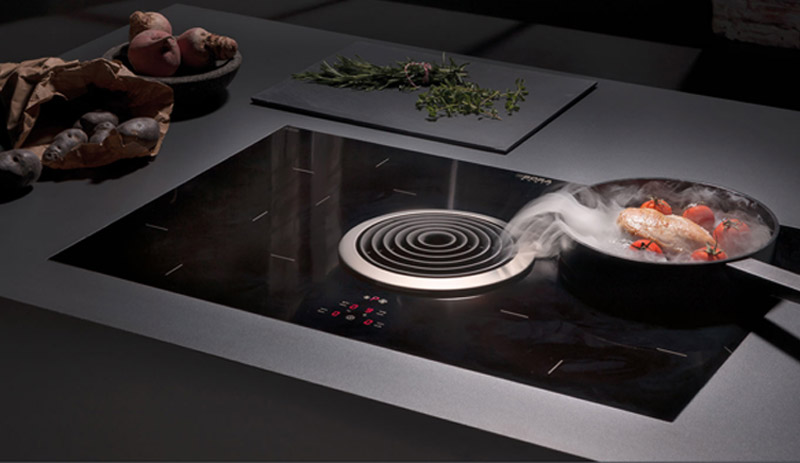 When in 2006 Willi Bruckbauer, does the patent system for cooker hood Bora, he decides to declare war on the traditional hoods. The creation of a new dimension to the kitchen, changing the architecture and the behavior to the benefit of daily needs, it is the mission of Bora. 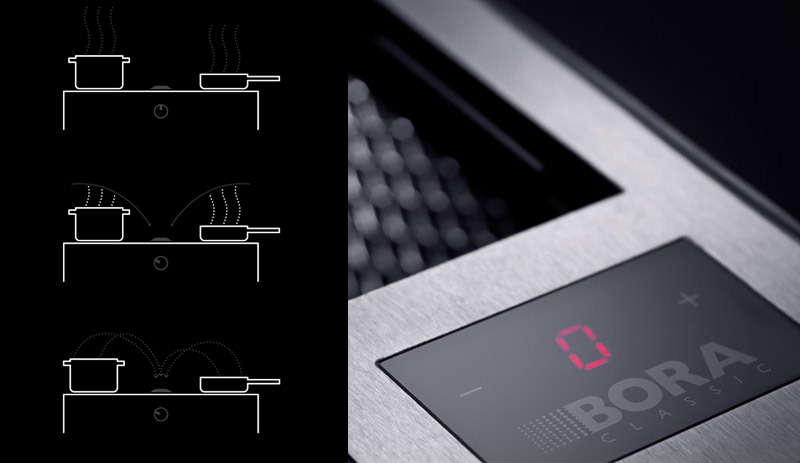 Bora draws directly from their origin the cooking vapors, odors and grease particles, preventing it from spreading into the environment and causing indoor pollution, penetrating tissues and surrounding surfaces.

Using the principles of fluid dynamics, Bruckbauer has noticed that with a more powerful cross-flow velocity of ascent of steam cooking, you could aspire to effectively and directly by the fires. The idea was immediately convinced by national and international experts in the field and 2012 is the year of the international development system. The consecration takes place thanks to the awards and accolades such as the "Deutscher Gründerpreis", the "365 Orte im Land der Ideen", the "red dot product design award 2012" and the "Plus X Award Produkt des Jahres 2013." 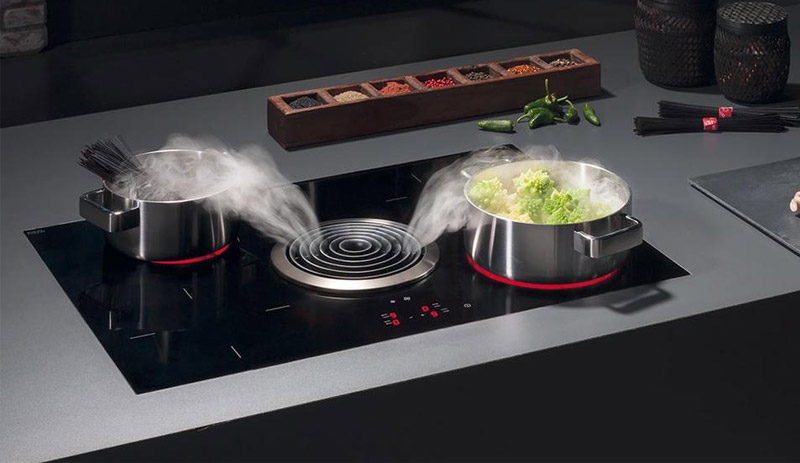 The new intake system has many advantages:

Give clear view, no steam at face to hinder your movements between the fires;

Is a silent and attentive to energy savings because it does not aspire even half of the intake air from a traditional hood, working with intelligent flow velocity in place of large volumes of air;

Leave a profitable freedom of design with flush floor installation or sovrapiano, exhaust air or recycling, and uses materals and fine quality as the pure stainless steel and glass-ceramic without metal pesantidi Schott;

Is equipped with a smart touch controls and is easy to clean, because all moving parts are disassembled and just go in the dishwasher.

Bora is characterized by an interesting value for money, can be assembled in minutes and is available in a Classic, Basic and Professional, close to the needs of every cook and kitchen.

Contact us for further information by writing to [email protected].