He was reserved, he didn't even like to talk about his work, he wanted to let his creations speak for themselves. He studied philosophy, anatomy, graphics and economics and designed everything, from lamps to tableware, from cars to computers, from bicycles to air conditioners. Richard Sapper has died in Milan aged 83. He was one of the most important designers of our time and had won 11 "Compasso d'Oro"; the last one for his career in 2014, with a motivation that soon became famous: “for having joined German rigor and Italian genius in designing a multitude of products of extraordinary success in a vast array of fields.” 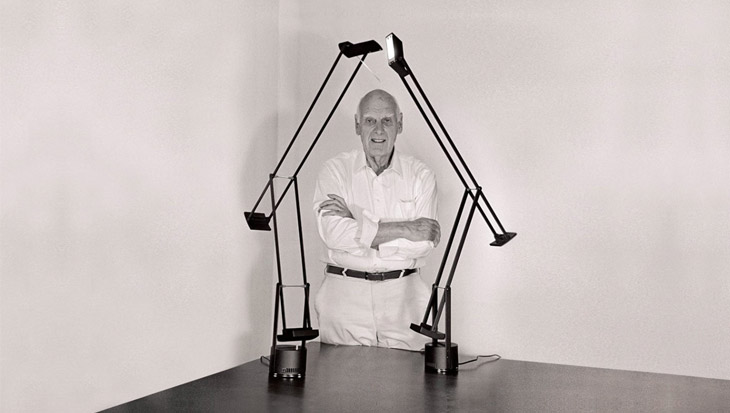 Born in 1932 in Monaco of Bavaria, Richard Sapper graduated in Economics and went on to start his career as a designer in Mercedes-Benz styling department. This experience, however, lasted only for a few years: he wasn't even thirty when he moved to Milan. His career was on the rise: after working for Gio Ponti, he arrived at the Rinascente's design department and in 1960 he inaugurated a twenty-year collaboration with the architect Marco Zanuso. In the 70s he was a consultant for Fiat and together with Gae Aulenti he founded a working group for the development of innovative transport systems. From 1980 he was Chief design officer for IBM and Lenovo; his work caught Steve Jobs' eye, but he turned down the chance to work at Apple. He remained in Italy and kept creating "cult" objects of Industrial design. His items were beautiful but also practical and functional and combined two seemingly opposite values, elegance and series producibility. They are now present both in private homes and in the most important museums worldwide, from New York's MoMA to Paris' Centre Pompidou.

One of his most famous creations is Tizio desk lamp, continuously produced by Artemide since 1972. Its unusual name il linked to the Italian expression Tizio, Caio e Sempronio (Tom, Dick and Harry) and was suggested by Ernesto Gismondi, who hoped that two other items, obviously named Dick and Harry, would follow; but it didn't happen. Tizio is unique, iconic, eternally contemporary. Beneath its apparent simplicity lies a complex design. A transformer hidden in the base powers a halogen energy saving lamp and its arms conduct electricity - an innovation seen in few other lamps at that time. It swivels smoothly and can be set in any position, its balance ensured by a system of counterweights. 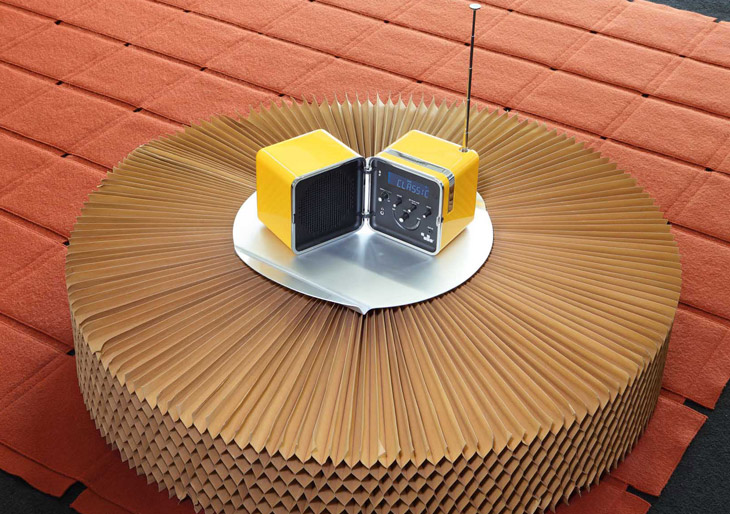 After all, in Sapper's opinion, what makes an object interesting is "its ability to interactw with those who use it, 'respond' and accordingly change its appearance or function." Which is what happens with Radio.Cube, designed with Marco Zanuso for Brionvega. As its very name suggests, it consists of two plastic cubes with rounded edges. A modern transistor radio, it successfully joined design and mass production. Now it is even more technologic thanks to its Bluetooth connection, which will allow you to listen to your digital playlists.

Another precious household object is the worldfamous 9091 kettle designed for Alessi in 1983. pleasing to the eye and to the ear: as soon as the water begins to evaporate, the brass whistle (produced by a German craftsman specialized in musical instruments), produces two notes, E and B, creating a simple melody instead of the usual, anonymous noise - a perfect combination of rigorous design and poetry.

Discover the whole collection by Richard Sapper on Mohd!

Subscribe to our newsletter to get the latest trends in design and our experts' tips about furnishing and to not miss our exclusive and reserved promotions!

Do you need help? Our design service is at your disposal to help you decorate your home with a unique style: your own. Contact us sending an email to [email protected] or calling +39.090.6258945.