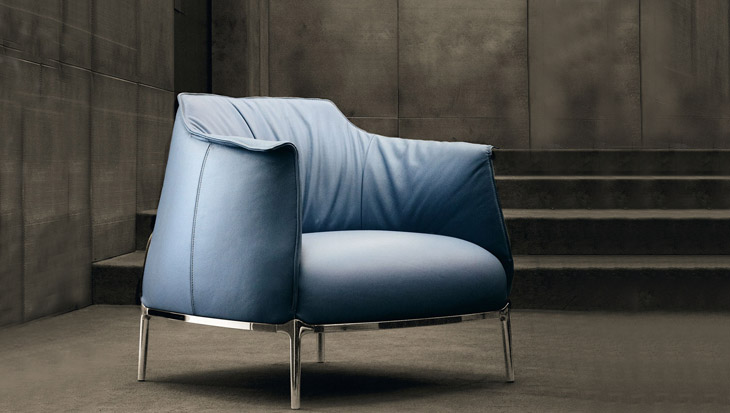 Made (Well) in Italy: Poltrona Frau, leather as a work of art

If Frau was a woman, as the name suggests to those who speak German, it would be an elegant lady of over a hundred years old, with Italian roots and international spirit. Born in Turin in 1912 by a father who came from Cagliari (Frau is a widespread surname in the south of Sardinia), Frau went on to represent the beauty and craftsmanship of made in Italy products. 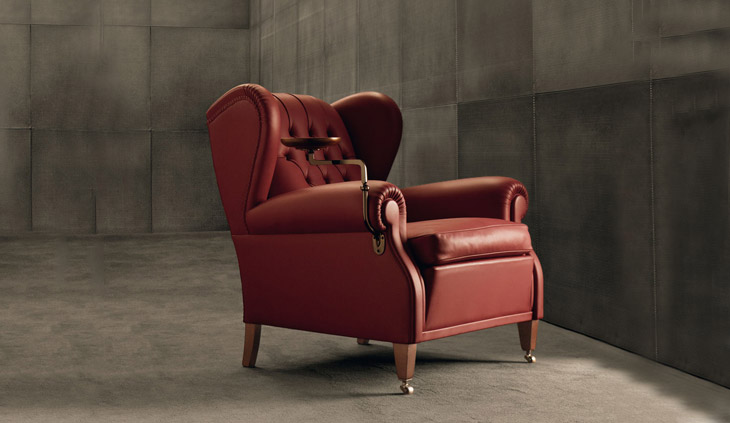 At the beginning of the Twentieth century, Turin is a vivid business center, receptive to innovative European influences, and Frau, former representative of a British company specialized in the manufacture of faux leather, has a plan: to focus on quality and on an elitist target capable of appreciating it. In the same year in which he enrolls his company at the Chamber of Commerce, he launched the now iconic Chester, inspired by Edwardian-era clubs and country homes. With the pleats decorating its arms and the rich capitonnée treated upholstery, entirely produced by hand, it reflects the masterly techniques of the craftsmen responsible for its upholstery and the excellence that would have made the brand famous throughout the world. 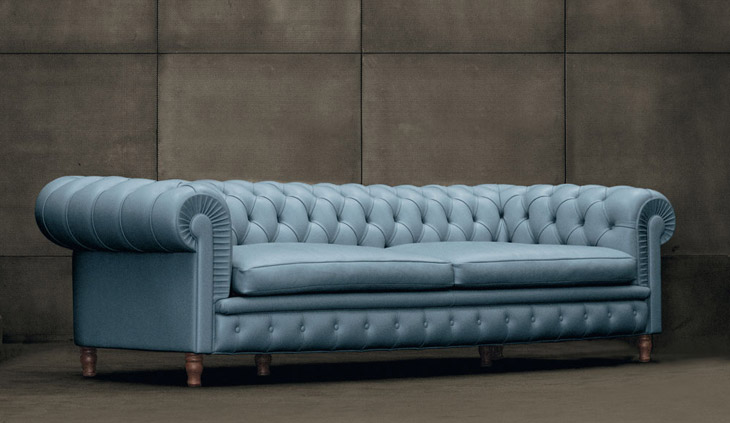 In Poltrona Frau’s recent marketing campaign, Italian Masterpieces, Chester is pictured alongside other icons and more recent creations, from Vanity Fair to Archibald, from 1919 to Mamy Blue, in some of the most sublime frescoed buildings of our country, such as Venaria Reale in Turin and Villa Palagonia Palermo: an extraordinary crossroads of art artifacts. Poltrona Frau is not new to effective campaigns: in 1927 it commissioned a manifesto to Golia (Eugenio Colmo) who depicted God sitting in a comfortable 127. By then, the company had already created the first armchairs for offices, hotels and ocean liners and had become the official supplier of the Royal House of Savoy. Shortly thereafter, it furnished the Italian Parliament, and in the 90s the European Parliament in Strasbourg. 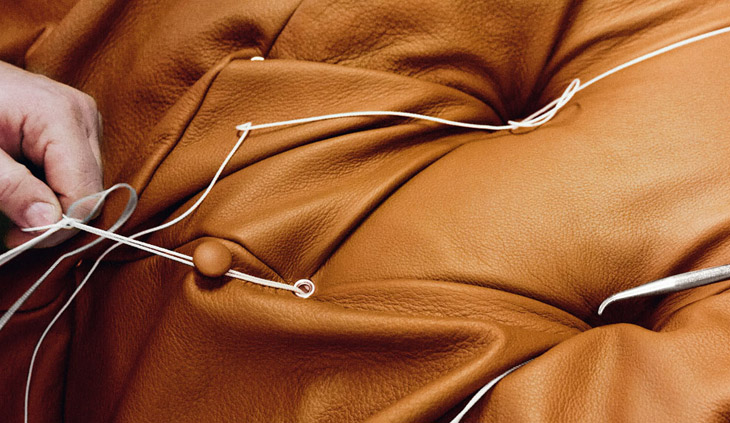 Fifty years after its founding, however, its headquarter is moved from Turin to Tolentino, Marche. The company is struggling to overcome the crisis caused by World War II, so one of the creditors, Nazareno Gabrielli, buys it and entrusts it to its son in law, Franco Moschini, who decides to bet on the leather tradition of Tolentino, "the knowledge and craftsmanship that turns ideas into enduring objects. " At the same time, the collaborations with the most famous architects and designers become more and more frequent: among them, Gio Ponti, who in 1965 signed the Dezza armchair, Luigi Massoni, who in 1968 created another icon, Lullaby bed. 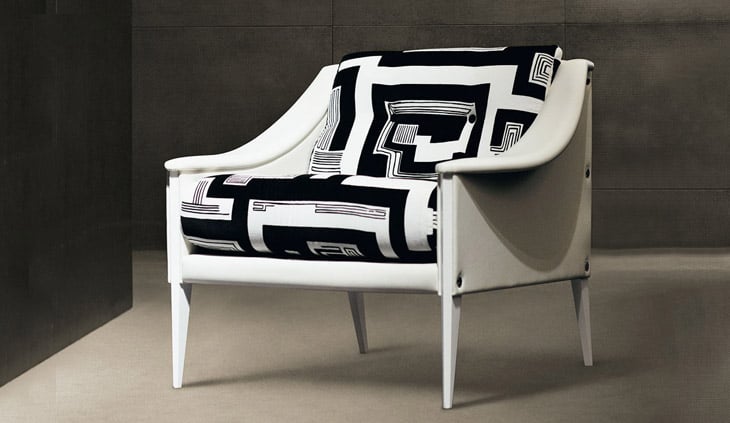 In the '80s the company expands its production by opening itself to the automotive and contract sectors, and in 1987 it sets the Color System Pelle Frau ®, a color palette for the skins which now features more than 200 shades. In 1998 the brand produces Wing, the first table and chair made entirely of carbon fiber, while in 1999 its Titan table, designed by Pierluigi Cerri, is awarded a Compasso d'Oro ADI. In the 2000s, Poltrona Frau furnishes Renzo Piano's Parco della Musica, providing the chairs with special acoustic properties, and then the auditorium of the New York Times and the famous Royal Shakespeare Theatre in Stratford-upon-Avon, in addition to the luxurious first-class suites for Singapore Airlines and Etihad Airways. 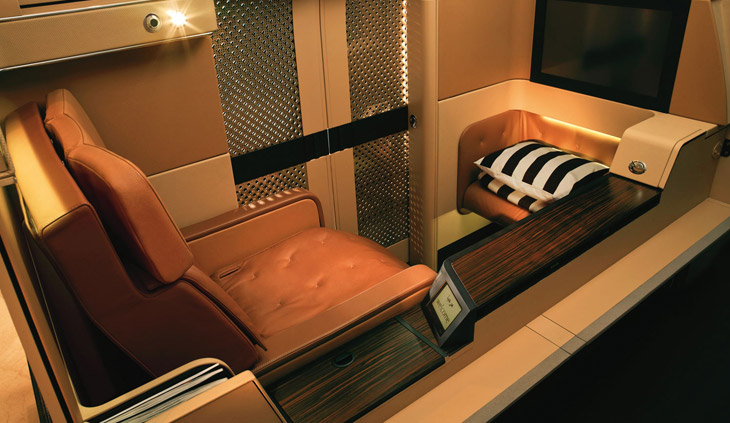 Behind the production, a constant research on materials and performance. In 2005 the Poltrona Frau Group is born from the fusion of Poltrona Frau, Cappellini and Cassina: a symbol of Italian excellence. After four years, the company wins a Wallpaper* Design Award in the category "Best Domestic Design" with Jean-Marie Massaud’s Kennedee collection . To celebrate the centenary in 2012, a the brand launches a competition for young international designers which is won by Benjamin Hubert with his Juliet armchair: its contemporary design, which gives a nod to fashion trends, highlights the artisan virtuosity in the upholstery. In 2013 the brand inaugurates the Poltrona Frau Museum in Tolentino, a project by Michele De Lucchi that is spread over 1400 square meters of design, witnessing decades of craftsmanship. On display an unpublished collection of furniture, drawings, images. 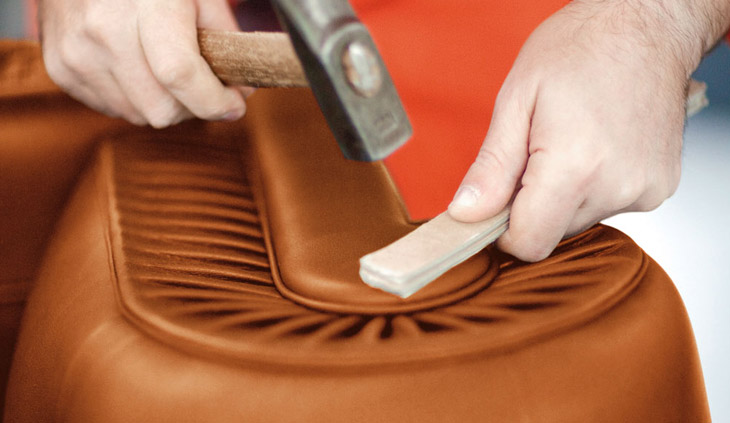 Imitated but never equaled: Poltrona Frau products condense a noble craftsmanship handed down for generations, exalting it with constant research. Discover them on Mohd.

Subscribe to our newsletter to get the latest trends in design and our experts' tips about furnishing and to not miss our exclusive and reserved promotions!

Do you need help? Our design service is at your disposal to help you decorate your home with a unique style: your own. Contact us sending an email to [email protected] or calling +39.090.6258945.