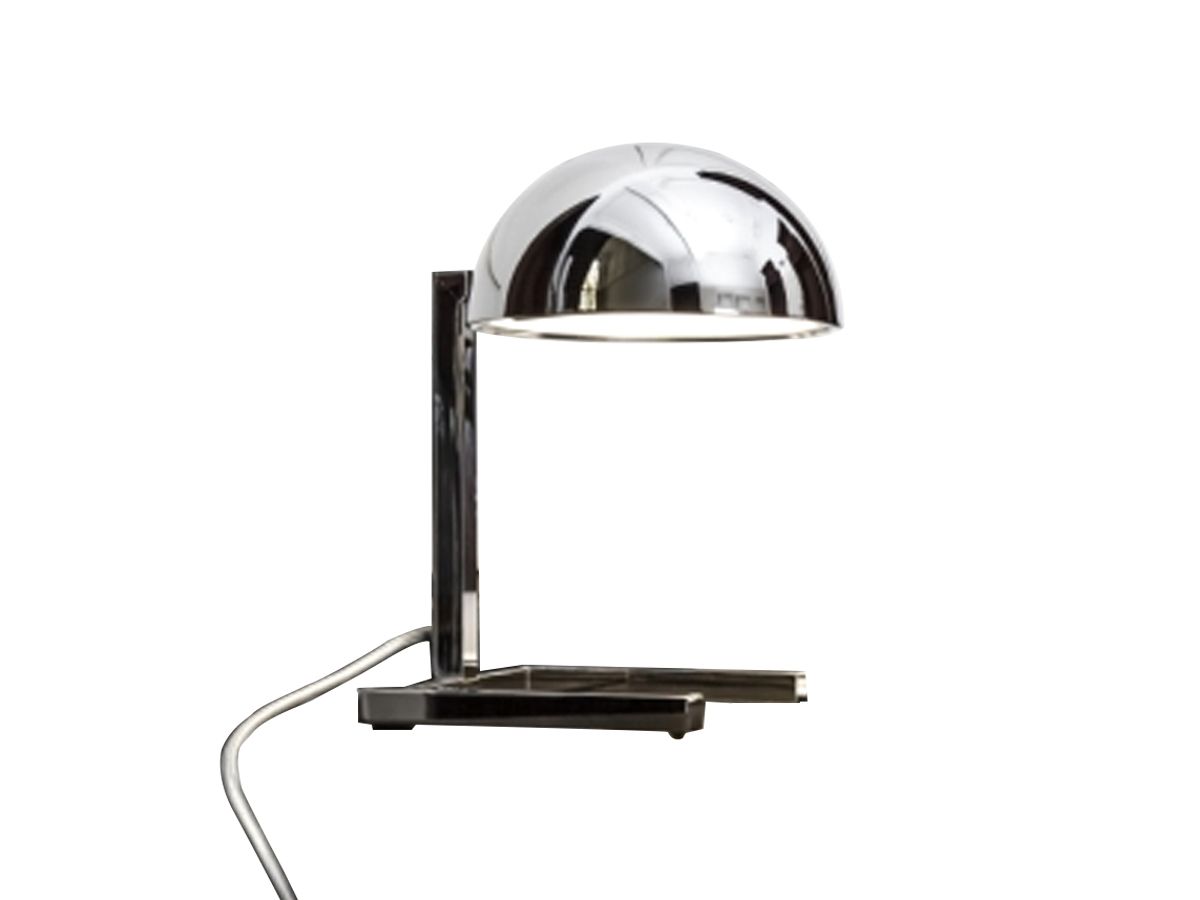 Mja is a table lamp with soft and delicate shapes designed by the designer Jacque Adnet and produced by the Italian brand Lumen Center Italy.

Table lamp designed in 1930 by Jacques Adnet leading exponent of French Modernism and, in those years, director of "La Compagnie des Arts Francais" in which they operated Francois Jourdain, Charlotte Perriand and Georges Jouve. MJA (Memory of Jacques Adnet) went into production only in 2005; previously it was never realized except at the prototype level. The lamp, composed of a spherical cap resting on a quadrangular pedestal, is made of brass with Palladio finish. Universal attack E14.