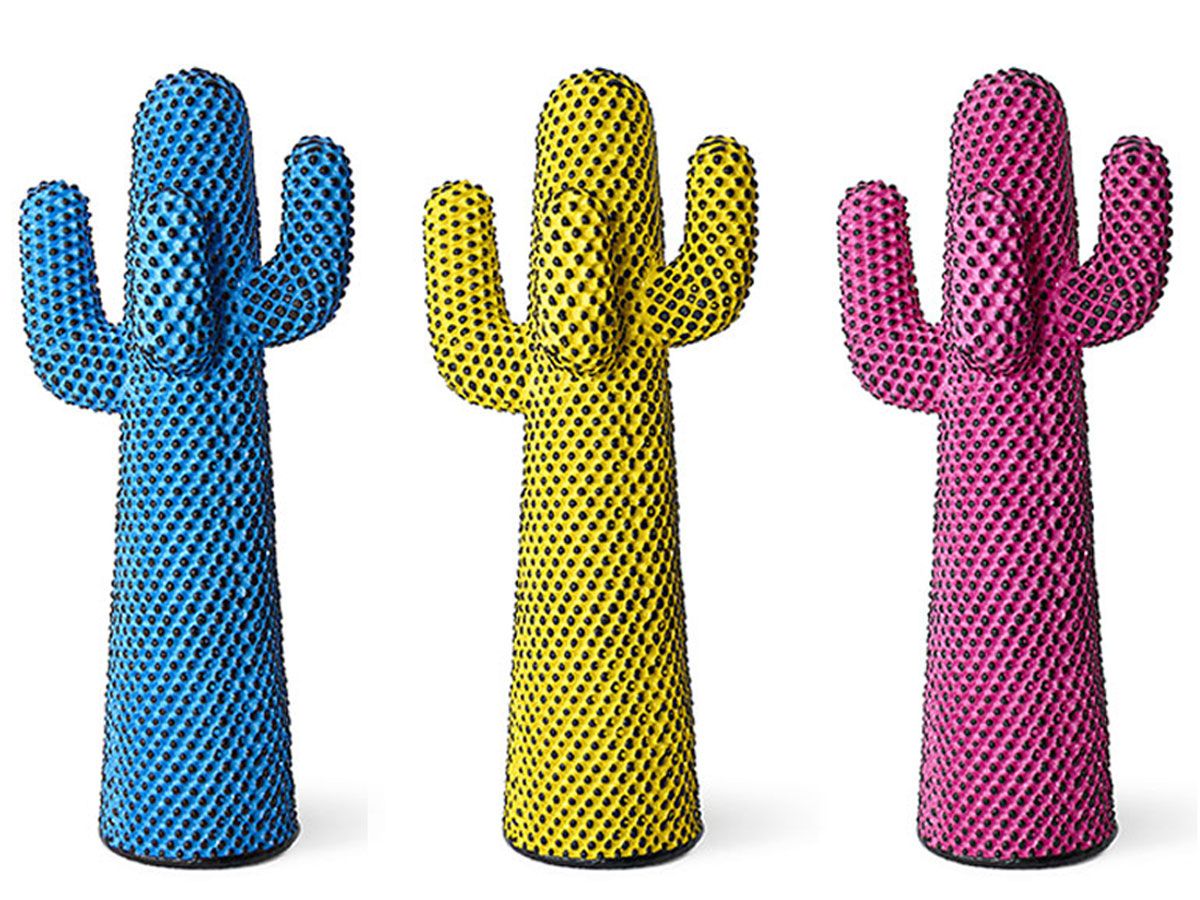 Gufram, in collaboration with the Andy Warhol Foundation of Visual Arts, presents a new and colorful limited edition of the famous Cactus. The iconic and surreal coat rack comes in blue, yellow, or pink. Each element has been reproduced in 99 pieces.

Created by Italian designers Guido Drocco and Franco Mello in 1972, Gufram's Cactus is now considered a true work of contemporary art, an ornamental object that captures the viewer's attention with its personality.

On the occasion of its 50th anniversary, the project signed by Gufram was born, a dual homage to the iconic object and to the artist who, more than anyone else, left his mark on the last century with his non-conformist style, far removed from all cultural and social conventions.

Andy's Blue Cactus, Andy's Pink Cactus, and Andy's Yellow Cactus are the perfect translation of Andy Warhol's prints, with their punchy and timeless design. A tribute to those who have had the courage and insolence to assert themselves, and an encouragement to new artists, inviting them to cross all kinds of boundaries and limits.

The 2,165 polyurethane bosses that characterize the surface are then painted with Guflac, Gufram’s patented paint that makes the surface look like leather, while still allowing it to remain flexible and soft.

©/®/™The Andy Warhol Foundation for the Visual Arts, Inc. 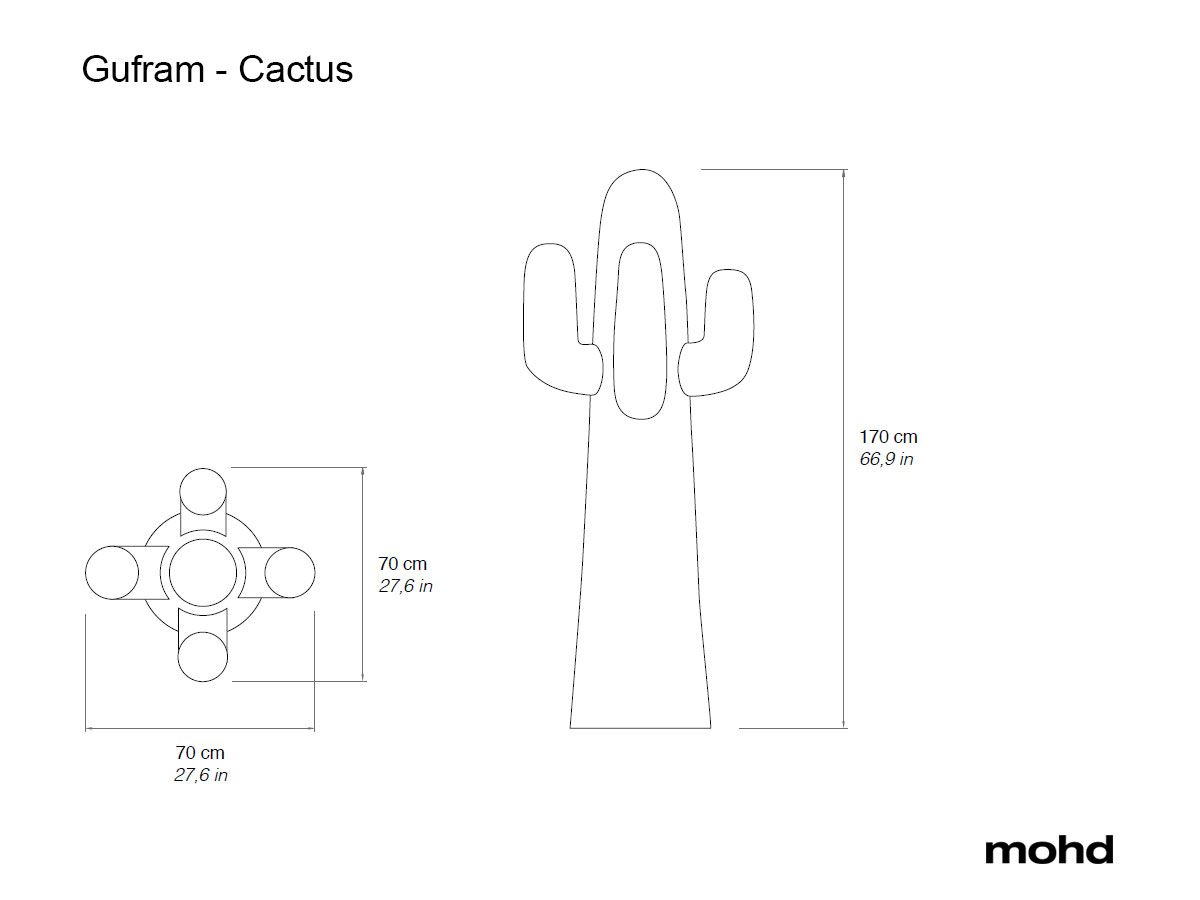 Nonconformist, playful and subversive, Gufram is known for pushing the boundaries of industrial design through Radical Design. Iconic works such as the Pratone chaise longue by Gruppo Strum, the Cactus coat hanger by Guido Drocco and Franco Mello, the Bocca sofa and the Capitello armchair by Studio 65 are all considered domestic sculptures that mer...
Go to Gufram's page
Designer
Guido Drocco-Franco Mello
Guido Drocco and Franco Mello, also known as the Gugliermetto brothers, have been designing and crafting chairs and seats since 1952. During their career, the Gugliermetto brothers have had the opportunity to meet emergent architects and artists, defining and shaping their own design production until they reached a complete conceptual renewal. Thei...
Go to Guido Drocco-Franco Mello's page
Request information
Need help?
For expert advise, do not hesitate to contact us at +39 090 6258945 or via email at [email protected] Or fill in the form to ask for more information on the product.
Questions
FAQ
Ask for information
Reviews
Write Your Own Review
Only registered users can write reviews. Please Sign in or create an account
Back to top Related Posts Information Features Shipping and returns Brand Designer Request information Reviews
100% Original