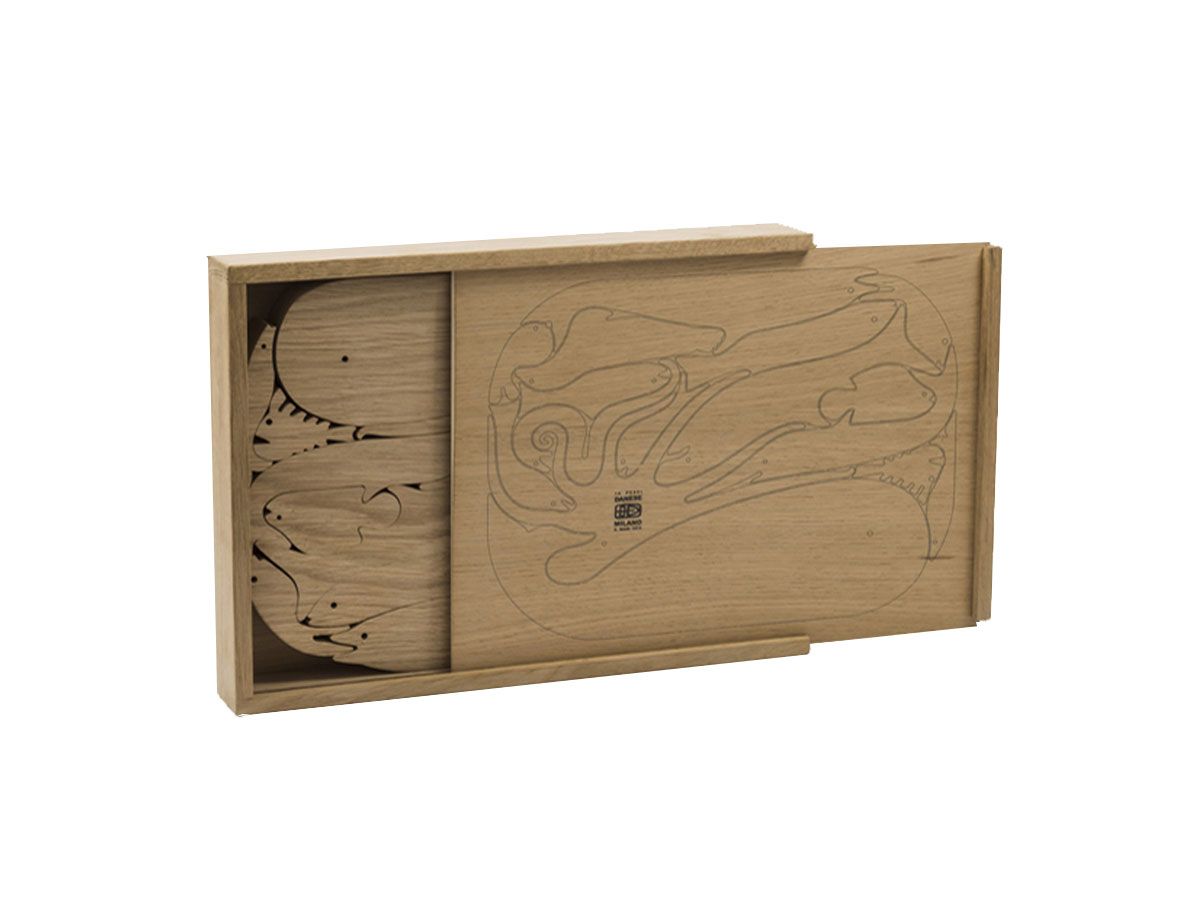 16 Animals / 16 Fishes are limited edition puzzles, skillfully created by Enzo Mari in 1956 for the Danish brand. They were created in such a way as to obtain, from a single rectangular oak wood board and with a single continuous cut, the silhouettes of monkeys, snakes, camels, elephants, alligators, fish and other animals. Perfect for your children as it is a highly educational game. Suitable as a gift idea.

16 Animals and 16 Pisces is almost a book, to create stories about the world as children perceive it. Italian designer Enzo Mari believed that the creative process had a lot in common with the concentration of a child intent on playing. The game was commissioned to Mari in 1956 in collaboration with his wife Iela, a specialist in visual perception and communication in early childhood. While studying Scandinavian wooden games, Mari was fascinated by the idea of creating a number of many animals from a single line. To strongly influence him were the rigors of the rationalist thought of Gestalt psychology, proposed by his wife. A subsequent collaboration between the Danish brand and Ezio Mari led to the creation of 16 Pesci, a polyurethane puzzle of various fish shapes.

Danese started as an artisanal laboratory that produced unique items and artistic pieces and then turned to industrial production. The result is a new collection of products no longer conceived for an elitist market, innovative items characterised by new shapes and materials that can easily meet everyday needs. The Italian brand has collected coll...
Go to Danese Milano's page
Designer
Enzo Mari
Enzo Mari was one of the leading theorists of Italian and world design, appreciated for his rebellious and brilliant style that classifies him as one of the greatest designers of the twentieth century. Master of self-design, he works on various fronts, from graphics to design and architecture, also teaching in the most prestigious Italian schools a...
Go to Enzo Mari's page
Request information
Need help?
For expert advise, do not hesitate to contact us at +39 090 6258945 or via email at [email protected] Or fill in the form to ask for more information on the product.
Questions
FAQ
Ask for information
Reviews
Write Your Own Review
Only registered users can write reviews. Please Sign in or create an account
Back to top Related Posts Information Features Shipping and returns in UK Brand Designer Request information Reviews
100% Original 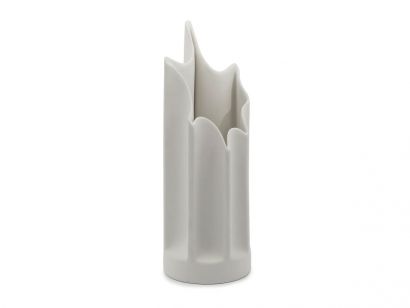